Hi there friends,
I'm stopping by today to share a card duo I've created for the Paige Evans Design Team! I've used the gorgeous Wonders collection on these.
I change my mind a lot. Like, ALL.THE.TIME. This started out as a layout - with the same design, only the triangles were bigger. I wanted to create a grid layout with them and use maybe 4 2x2 photos as well. Maybe that's an idea you can use? I didn't, because I liked the triangles on white background the most and I am no white background scrapper. Looking at it, it was just not me. Had I had super light gray card stock, or even better, patterned paper (there was one in one of Paige's older collections but I don't have it anymore), I would have gone with that. So, what's a girl to do with all the cut up paper pieces? Use them on cards of course! 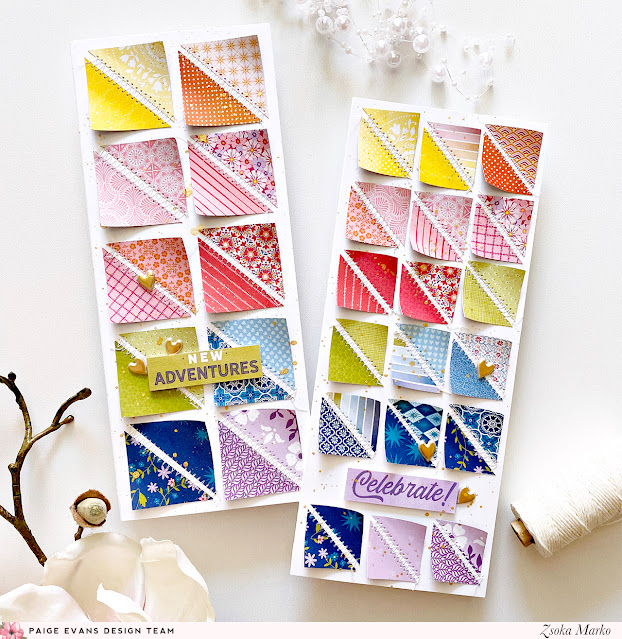 I started out by cutting apart the paper with all the 2x2" squares on it, then I cut all of them in half. I didn't use all of them on these cards, I chose the more solid ones and those that didn't have a white background. For the card on the left, I cut this triangle in half again, for the card on the right I cut the smaller triangle in half once more.
I cut two slimline card panels (3.5x8.5") from Neenah Solar White 110lb card stock and started adding the triangles on them in a rainbow kind of order - to see if they would even fit this size. And they did! 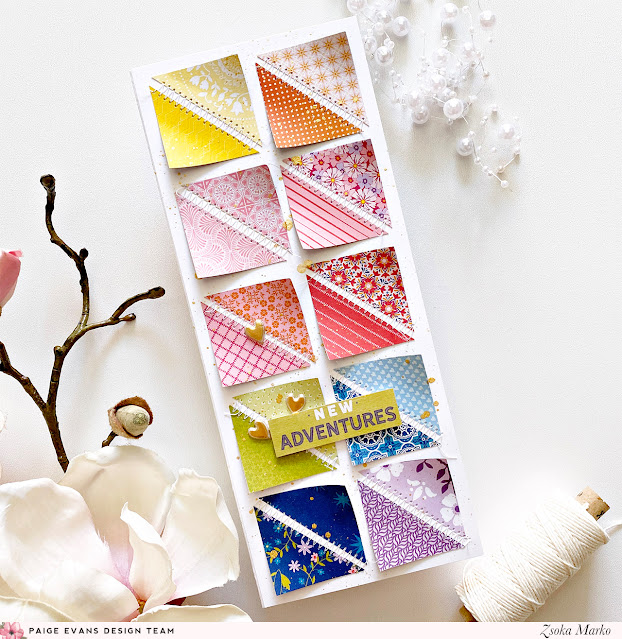 Once I figured out the arrangements, I started gluing them down. I was planning to stitch them down in the middle and wanted to be able to curl them up too, so I only added a teeny tiny bit of liquid adhesive in the middle. 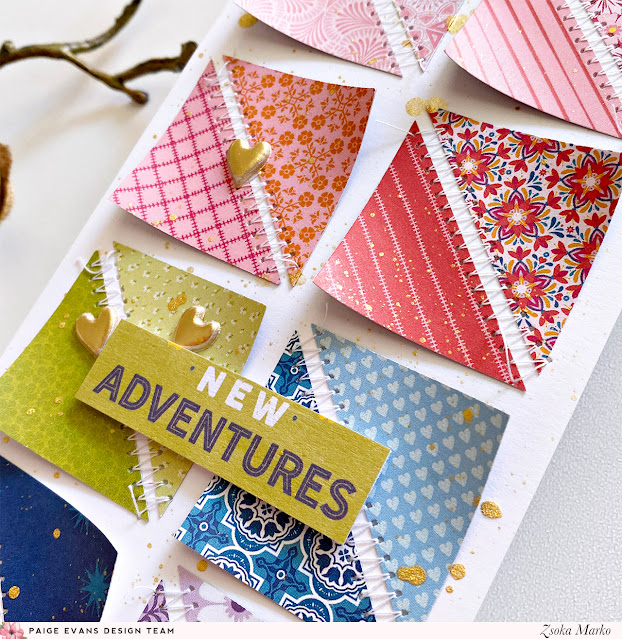 When the panels were done, I added some zig zag machine stitching. I then created two side folding card bases and glued my panels on top. 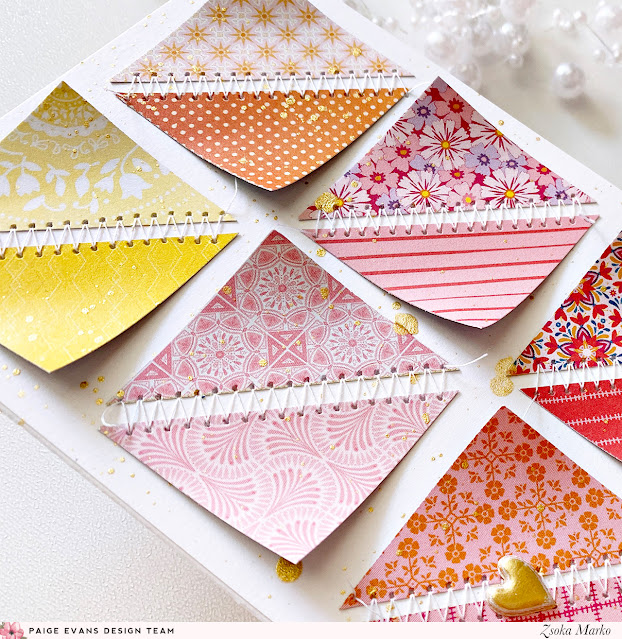 Now comes the fun part! Creating dimension! I just used my fingers to curl up each triangle. I actually really liked the look where I only did the top triangles of each square but then I wanted to see what it would look like if I did all of them...And then there was no turning back :D 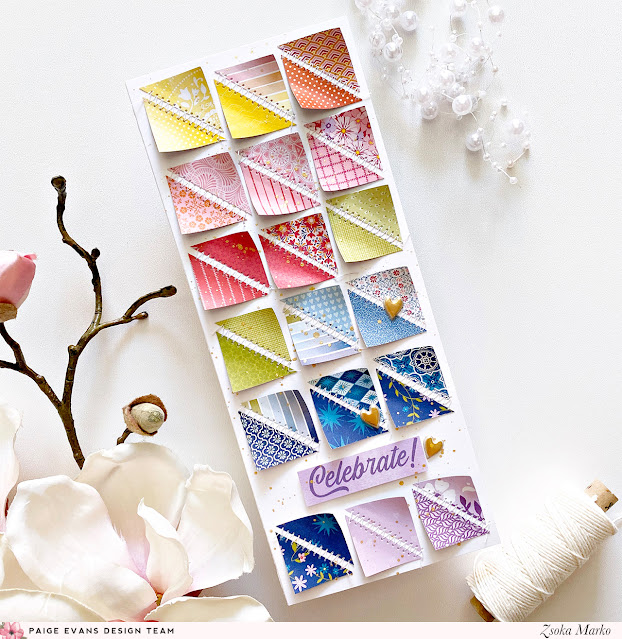 Both sentiments are from the 2x2" phrases swatch book. I just cut out the part I needed. I think one said It's Time to Celebrate, the other had some icon right above it, as far as I remember. I went tone on tone with these, well kind of. The green sentiment sits on a green and a blue square, the purple is placed between blue and purple squares. 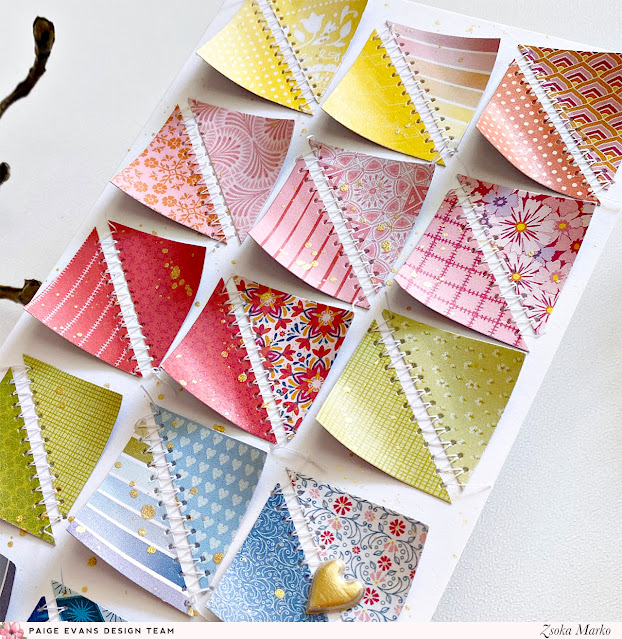 To finish off the cards, I added a few gold puffy sticker hearts and some gold paint splatters. 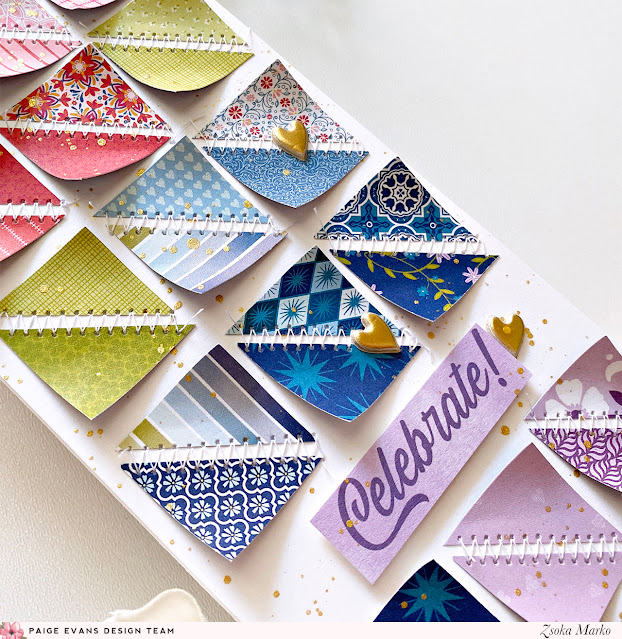 That's it! Super simple! Maybe one day I'll try this design on a layout too, hehe!
Thank you so much for stopping by today! I hope I could inspire you in one way or another.
Have a great day!
X
SUPPLY LIST:
Wonders collection: Paper 20, 2x2" Mini Swatch Book, Puffy Stickers 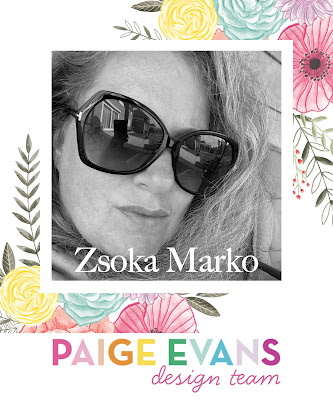 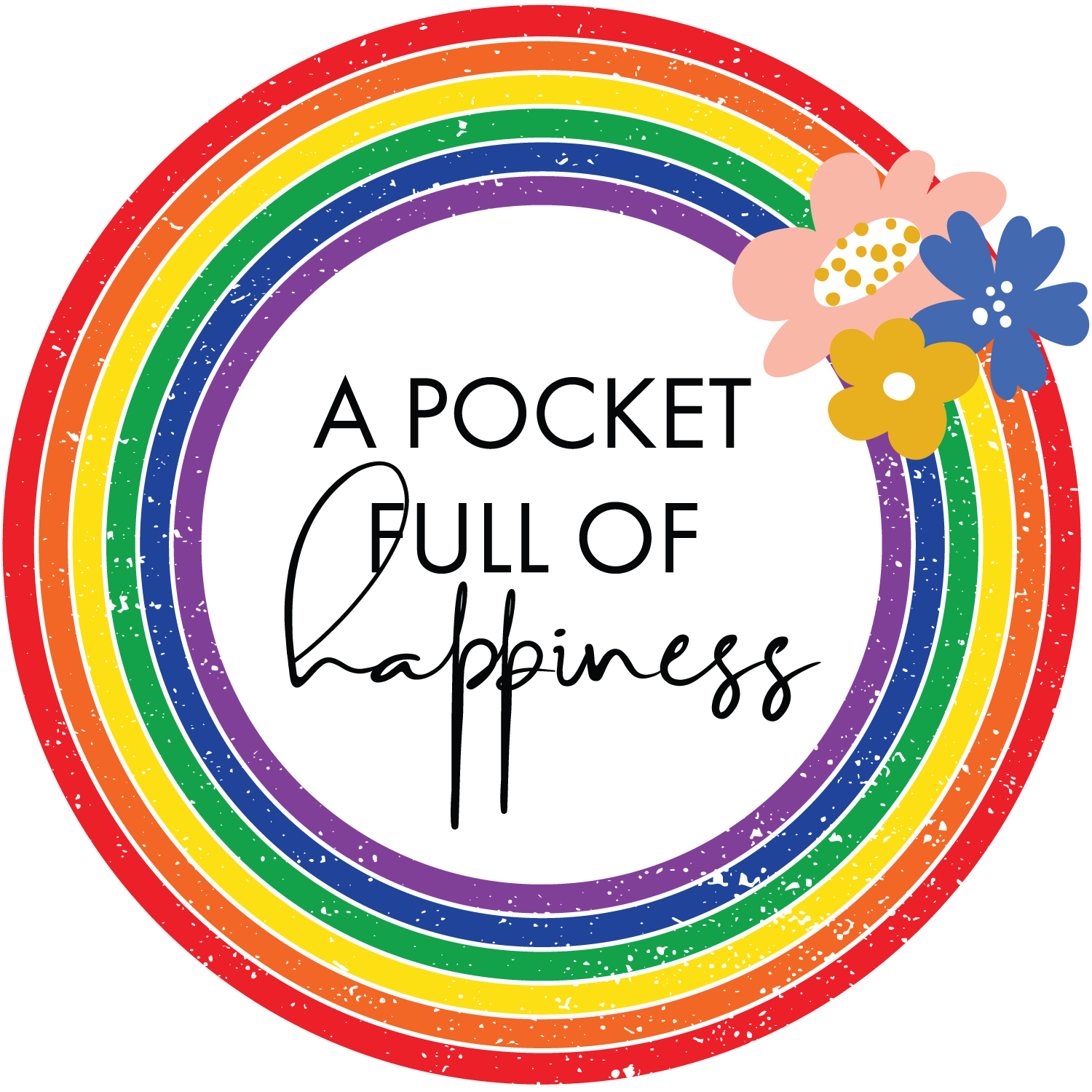